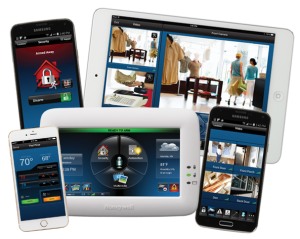 The United States is experiencing one of the most challenging and lengthy recessions on record. At a time when many of us fear with our wallets, we now have reason to fear for our safety as well.

According to a USA Today article (January 27, 2009) “Police report crime spikes related to economy,” a comprehensive survey links increase in crime and the economy. The article stated that 44% of police agencies in America reported crime spikes linked to recession.  Of those:

If you are a business owner you scrutinize spending and reduce costs in many areas.  There is one cost that you can’t trim the fat on – CRIME.

Employees, shoplifters and thieves exist for the sole purpose of making a living at your expense. Employees steal from their employers and over time adds up to real losses to your bottom-line. According to the US Chamber of Commerce, 65% of employees will steal from their boss.  In fact, the U.S Chamber of Commerce estimates that theft by employees costs American companies up to $40 billion a year and to pay for it, every man and woman working in America today contributes more than $400 per year. The chamber also reports that an employee is 15 times more likely to steal than a non-employee. And what stings even more is that 75% of employee-related crimes go unnoticed.

If your business is a retail operation, employee theft isn’t the only way you lose money. Your

customers also steal from you. According to the National Retail Security Survey shoplifting accounted for approximately 36% of total losses, up from just over 32 percent last year.

Where are your profits going?
According to the National Retail Federation, an average small business with $1 million in revenue can lose more than $50,000 per year as a result of employee theft and shoplifting.

With employee theft and shoplifting at record levels, many companies continue to ignore these serious and costly problems, spending more on things like coffee and tea than protecting their business from going under.

Security and surveillance systems are extremely affordable compared to the costs of lost profit due to theft. There are many studies that prove a business security system can prevent more of these crimes and when you eliminate this crime, your bottom-line becomes more profitable.